Day 65. I saw this idea on an English classroom wall today. The students had apparently taken pages from books and used a black marker pen to identify sentences and phrases that they liked, then blanked out all the other text to leave just the selected words, leaving a poem. I say apparently because I'm assuming that what they did. Either way, I liked the idea so decided to have a go at it myself.

I went to my bookshelf at home and selected a book at random (The Joy of Winning by Michael Beer), then opened it to a random page (69), then selected a bunch of phrases that sounded interesting to me. I crossed out all the rest with a marker, and was left with this... 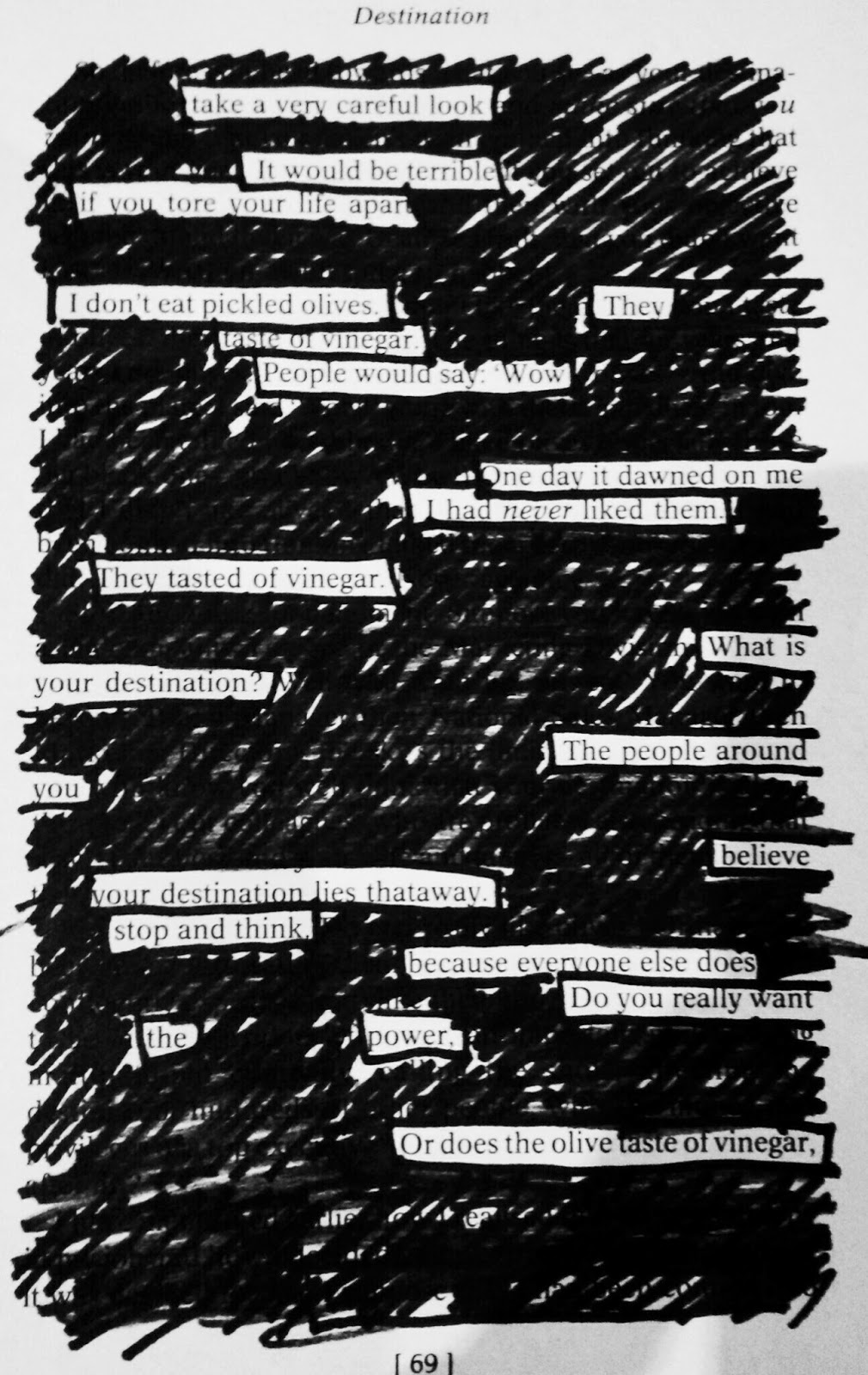 Take a very careful look.
It would be terrible if you tore your life apart.
I don't eat picked olives,
They taste of vinegar.

People would say: "Wow".
One day it dawned on me.
I had never liked them.
They tasted of vinegar.

Do you really want the power?
Or does the olive taste of vinegar?

Get the Daily Create via email

Get the Daily Create via RSS